I am not a big fan of sweet, baked goods but I love cinnamon buns! In Sweden, the cinnamon bun even has it own annual day on October 4th. If you are in Sweden on that day you would find cinnamon buns for sale everywhere: in cafes, restaurants and convenience stores. All grocery stores would certainly display the necessary ingredients for baking your own cinnamon buns.

The annual day was invented in 1999 by the Home Baking Council (Hembakningsrådet), an organization for producers of baking ingredients. They wanted to create a baking tradition in honor of their 40th anniversary. They talked to bakers and all sorts of ordinary people, and asked what good first came to mind when thinking of baking at home. Naturally, the cinnamon bun was the clear winner, and the annual day was designed.

Swedish cinnamon buns and American cinnamon rolls are not the same. The Swedish version is less sticky and sweet. It normally has grains of pearl sugar as opposed to frosting or glaze as topping. I like to bake and occasionally I would make cinnamon buns. It requires a few hours, but cinnamon buns are relatively easy to bake. Basically an enriched dough is rolled out thin and filled with a spiced sugar and butter paste. Baked in the oven and enjoyed while still slightly warm!

My mom and I share the passion and fondness for cinnamon buns. We try to celebrate together, but do not always manage to meet in person on October 4th for coffee and cinnamon buns. This year we celebrated via FaceTime, nevertheless completing action 14!

If you think it is a bit weird that the cinnamon bun has its own day there are many other bizarre annual days like World day of Snowman (January 18), World Puppetry Day (March 21), Star Wars Day (May 4), International Kissing Day (July 6), and my favorite: the International Talk Like a Pirate Day (September 19)! 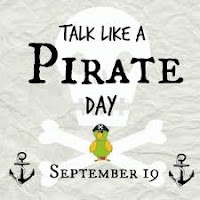 Your comments are always welcome!