I have been away from work for a long time now. During spring, I managed to work between the chemotherapies, but the sixth and final treatment hit my body hard. Since then I have been on 100% sick leave.
I have always been passionate about my work, have enjoyed managing my team and working with customers. Returning to work has felt important but double-edged: motivating but lately somewhat stressful. Recently, I have come to realize that recovering from chemo is going to take a lot longer than I first had thought and anticipated. My doctor's mantra has been: "Every patient is unique and it is impossible to foresee how long time it will take for you. Be patient and take it step by step."

As you might know, patience is not my strongest side. I guess I had always thought I would be one of the few lucky ones, who would have a quick and smooth recovery. Accepting that I would need more time to recover and prioritize my health, led to the decision that I could not keep my company and team in waiting mood for an extended, undefined time. Therefore, somebody else needed to take over my position.

Realizing that I would not come back to my current position has been tough. I felt I did not take the decision, my illness took it for me. Processing that has taken time and my feelings have gone from failure and grief to acceptance and finally to be more forward-looking and excited. This week my successor was appointed and it has been made official that I am not coming back to my position. I am of course still employed and will have a discussion with my boss about new opportunities when I have fully recovered and I am ready to start to work again.

The quote below says a lot, and I firmly believe that a new door has opened and there is no point in looking back. Now I just need to find my door! 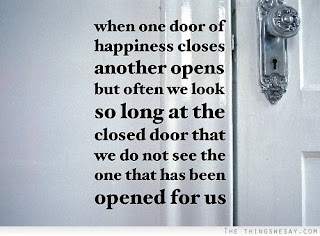 Last week, my stomach felt swollen and aching. The pain quickly escalated until it was unbearable and my husband had to take me to the emergency room. My first thought when the symptoms started was that my cancer was back. Excruciating pain and negative thoughts about cancer relapse is a horrible combination. Luckily, I was given pain relief quickly, so I could focus and think more rationally.

After an emergency CT-scan, a small bowel obstruction was found. It required immediate surgery. The surgeon stated that it would be necessary to start with a laparoscopic surgery and depending on what they would see, sufficient actions would be taken.

Fortunately, the obstruction was caused by an adhesion (a band of scar tissue). The adhesion had come from my cancer surgery in January. It was removed and no other surgery was needed. While doing the laparoscopic surgery, the surgeon also double-checked to make sure there were no signs of cancer. Indeed, very good to hear!

Within nine months I have undergone two life saving surgeries. The medical techniques and tools used, are innovations that have not existed that long. It is mind-blowing to realize that I would by now be dead, not only once but twice, if I would have been born 25 years earlier. 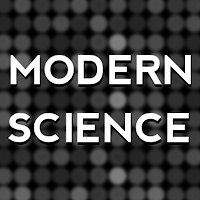 This recent experience gives me even more motivation and energy to continue focusing on the important things in my life: family, friends and My Survival List!

Last week, my husband and I helped our oldest daughter move from Zürich to London. She will start studying at the University of Westminster. 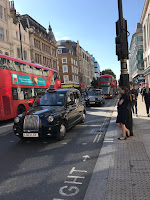 I am extremely proud of our daughter and I believe that she is well prepared for the world, and is ready to make her own path. Our house will be a lot quieter and emptier without her there. However, she is happy and definitely ready to start living on her own. I came across a poem by Cecil Day-Lewis that describes what my husband and I are experiencing right now:

"Selfhood begins with a walking away. And love is proved in the letting go."

After having done the mandatory trip to IKEA to complete the move away from home stuff, with kitchen utensils, hangers, a dresser and a lot of other things, we had a day to explore London. On My Survival List, I had listed that I wanted to go shopping and have afternoon tea in London with my daughter.

A few hours at Oxford Street and we had managed the shopping part in a tremendous way! For afternoon tea, we joined the Mad Hatter for tea and had an afternoon tea inspired by Alice in Wonderland, at Hotel Sanderson. Everything from the teapots, plates and cups to the sweet and savoury dishes, where inspired by Lewis Carroll's characters.

We had a wonderful afternoon, and could relax from the moving stress and just enjoy. Action 12 is completed!
- September 16, 2018 No comments:

Even though it is September, we have had amazingly warm weather this weekend, so we did the "5 Lakes Hike" in Pizol. This hike is a well-known, classic mountain hike and it has been on our to-do list, ever since we moved to Switzerland, but for some reason we have not done it until now.
The hike takes you from Pizolhütte to Gaffia, and on the way you enjoy spectacular views of the Alps of Eastern Switzerland. You walk by five beautiful mountain lakes: Wangsersee, Wildsee, Schottensee, Schwarzsee and Baschalvasee. The lakes differ in size, and the water shifts in all shades of blue and green.

I regard the "5 Lakes Hike" being one of the most beautiful hikes I have ever done.

The alpine landscape is exceptionally varied and the hike takes you high above the tree-line, over several summits. After having walked uphill and finally ascending a peak, the view is striking! It stretches for miles and miles, and it feels almost endless.

One of the things I have on my Survival List, is to enjoy a summer picnic in the Swiss Alps. I definitely enjoyed a delicious picnic by the emerald green Lake Schottensee this weekend, hence action 36 is completed!

Earlier, I have felt that I did not really have time for yoga. When I did sports, I wanted it to be effective, demanding and making me sweat. Many of my friends are keen yoga practitioners, and have been trying to convince me of the body and mind benefits of yoga. As my life now has been turned a bit upside down and me wanting to explore things I had not tried before, I really wanted to have yoga on My Survival List.

My yoga life got a kick-start start, when my friend Lotta introduced me to morning yoga this summer. Ever since, I have been doing a fifteen minutes daily morning yoga routine, using a Youtube instruction video. 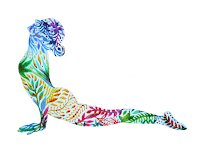 I have also bought an introduction pass, for three yoga classes at a yoga studio in Zürich. So far, I have tried two different yoga styles for beginners: Ayur Yoga and Yoga Nidra. Ayur Yoga is a gentle style of yoga in the tradition of T. Krishnamacharya. It is a slow pace yoga with simple yoga postures, suitable for people like me, with not so much flexibility. Yoga Nidra- "the sleep of the yogi" originates from Himalayan Yoga traditions. The Yoga Nidra class is a combination of simple yoga postures and then half an hour of guided deep relaxation exercises. This class is supposed to be especially good for people exposed to stress.

After having practiced morning yoga for more than a month and having tried two different yoga styles, I must admit that I have also been bitten by the yoga bug! 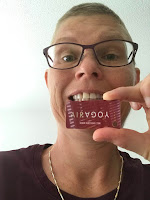 I see clear benefits of increased flexibility and more piece of mind. My yoga introduction pass has been converted into a three month card, allowing access to all yoga classes. Morning yoga is now part of my daily routine and I will definitely continue. I consider action 20 completed!